Day 4 at the Keep
Arden the fighter and Corwin the magician bring the puma hide to the trader. He is greatly impressed (I rolled a positive reaction roll) and even though the hide is damaged, he will pay 50 pieces of silver. I noted that each PC receives 6 xp each.

Scene–the Keep on the Borderlands
Goal–Arden wants to add more firepower to the party by hiring two archers.
Arden decides to speak with the baliff of the outer bailey first.

Question–Does Arden get to speak with the bailiff?
He had a good reaction from him at the tavern while helping Arden apprehend the pickpocket. So I roll 2d6 and take the best roll (using the Solitary Solidiers/FU die mechanic) Result=yes. The bailiff will see him.

Question–Does the bailiff have or know of any men that would hire on as archers? I roll 2d6 again…result= “No, but…” I interpret this as no, but the bailiff offers Arden a job with the guards and a rumor, “Beware of treachery from within the party.”

Arden takes both of these under consideration and asks about the man who tried to pickpocket him last night. He seemed like a harmless fellow. The bailiff said he will be sentenced to hard labor for one month, repairing the castle walls. Also, he will get ten lashes for being a thief.

Arden offers to pay the man’s fine and places 10 silver coins on the table. I roll…not enough. 15 silvers? Still not enough! 20? Yes.

The bailiff releases the thief to Arden. He is little more than a boy, dirty and unkempt. His name is Catamont Beerling (from my hireling list), a young adult, reckless, and brawny, 5 hp. [His hit points are greater than both of the party’s men-at-arms combined!]

The boy will gladly work off his debt instead of facing the lash and hard labor. The bailiff gives him a warning and also warns Arden to keep him closely reined.

Arden has a new lantern bearer (indentured servant for at least one month.) But now he is down 20 sp. Arden takes the boy to the inn to get a hot bath and some decent food. He also buys him a set of clean clothes. 2 sp should cover all this.

Goal–Corwin the magician is looking for other practitioners of the arts.

He learns that the scribe at the bank has magical knowledge and contacts him.

Questions–Will he discuss magic resources with Corwin? d6=yes, d10=no. I used MisoRPG mechanics here. Result=No. The scribe is either too busy at the bank or unwilling to discuss anything magic related at the moment.

I roll the “twist die” to shake things up. A 1! Then roll two separate d6 and the result is “item” and “appears”. I interpret this as something special is found at the scene. In the module the bank has a list of used items for sale on a display table, so I ran with that idea.

Corwin sees a scroll tube (empty) and some fine robes on display. Corwin recognizes the robes as magical. They are adept robes (adds +1 protection) and his ability (Intelligence) gives him some insight into this. He isn’t sure if they are truly magical yet, but gives the banker 10 sp to hold them. The banker agrees to hold the robes for 30 days. They are priced at 50 sp. Corwin has to wonder why the scribe didn’t notice them?

Goal–Martin the templar-in-training, wants to speak with the curate of the Keep and learn more about the Keep and its surroundings.

The curate receives him in a friendly manner (9 on 2d6 reaction).
Question–Does the curate mention his distrust of the wandering priest (area 7 of the Keep)? d12=no, d4=yes. Result=No.

Question–Does Martin meet with the other priests? d6 vs d6 Result=not at this time.

In the module, the priests will talk up the good reputation of the wandering priest and I wanted them to let Martin know about this possibly.

Martin leaves 2 sp in the poor box of the chapel.

Goal–Thane the dwarf seeks out the blacksmith and other dwarves.

Blacksmith’s reaction to Thane is neutral (7 on 2d6). He will allow Thane to work the forge in order to make some common items, if the blacksmith can him smith. The smith thinks he may learn some secrets of the dwarven forge.

Thane spends a few hours “relaxing” in the smith’s shop and forges two iron spikes (free!) I change the spike usage die from d6 to d8 on Thane’s inventory.

Thane was so busy at the forge, he forgot to look for other dwarves.

End of the day….I roll usage on the rations (fresh rations, may have been eaten or going bad) and pay the innkeeper for food and lodgings.

Note–I found myself thoroughly engaged in the setting. It was more than just record keeping and rolling some dice. The story went in some unpredictable ways and although this sounds funny…I was damn proud for making those two iron spikes!

If you are enjoying the story, please consider visiting the Bureau of Dragons to get your License to Slay…You gotta be certified! 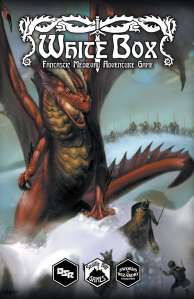 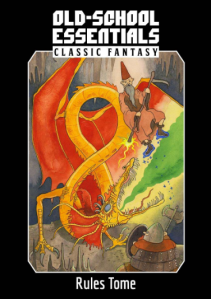